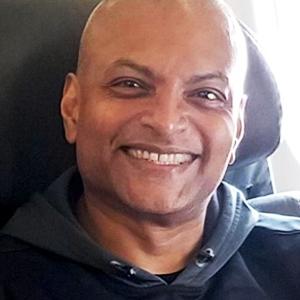 Born in South America, Tim has called New York City home for 25 years and can’t imagine ever leaving. He is a twin, gay, and son of a preacher man. His journey has been a circuitous one to the space he now occupies professionally in the legal nonprofit sector. Tim started his career as a library assistant in the federal courts and worked his way up to become the library director of a New York City law firm. After stints as a consultant and in the technology startup sector, Tim is privileged to work in the civil legal aid space which provides a sense of both purpose and meaning. His volunteer work has included being a court navigator in housing court, a member of the New York City Bar Association’s Diversity Committee, and a steering committee member of the New York Legal Tech Meetup Group.

Being back in school in a matriculated program after more than two decades has been both challenging and immensely rewarding for Tim. He chose the CUNY system because of its trifecta of affordability, convenience, and diverse student body. Other significant factors were the school’s stellar reputation and considerable range of programs and courses. He is a lifelong learner and his goal, after CUNY SPS, is to attend CUNY Law which is renowned nationally for its public interest focus. This would be a culmination of his varied career in the legal sector.