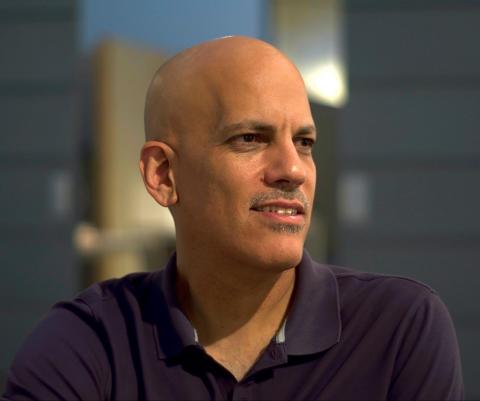 Daniel is the Co-Founder and Co-Artistic Director of DNAWORKS, an arts and service organization based in Fort Worth, Texas, dedicated to dialogue and healing through the arts, specifically engaging the topics of representation, identity, and heritage. Current projects include: Fort Worth Lynching Tour: Honoring the Memory of Mr. Fred Rouse, The Real James Bond...Was Dominican, with Christopher Rivas, and a mixed-media adaptation of The Secret Sharer by Joseph Conrad, which received the 2019 MAP Fund Award. Daniel’s directing credits include: the African premiere of August Wilson’s Jitney at the National Theatre of Uganda; the Eastern European premiere of Anna in the Tropics by Nilo Cruz at the Belarussian National Drama Theatre; a workshop production of Zakiyyah Alexander’s Hip Hop play Blurring Shine at The Market Theatre in South Africa; Tap Into Peace, a tap and spoken word tribute to love, set to the music of Stevie Wonder, at Playhouse Square in Cleveland; and the genealogical dance journey HaMapah The Map and HaMapah the Map: Dance on Film. Daniel also serves on the dramaturgical team for Camille A. Brown and Dancers.

Daniel is Board Chair of Transform 1012 N. Main Street (T1012), a coalition-driven non-profit of eight arts and social justice organizations in Fort Worth and incubated by DNAWORKS. T1012 has acquired the former Ku Klux Klan Auditorium in Fort Worth and is transforming it into The Fred Rouse Center for Arts and Community Healing, named after a Black butcher lynched by a White mob in 1921. Daniel is founder and director of the Hip Hop Theatre Initiative that promotes youth self-expression and leadership through the genre of Hip Hop Theatre. He is Associate Director of Theatre Without Borders and serves on the national cabinet of the U.S. Department of Arts and Culture. He is editor of the critical anthology of plays Say Word! Voices from Hip Hop Theater and co-editor with Dr. Claire Syler of Casting a Movement: The Welcome Table Initiative. Daniel was the recipient of the 2020 Theatre Communication Group’s Alan Schneider Director Award and has twice been named one of the 400 most influential people in Fort Worth by Fort Worth Inc. Magazine. He has, variously, led workshops, taught courses, and been a thesis adviser for the CUNY SPS MA in Applied Theatre since 2010.