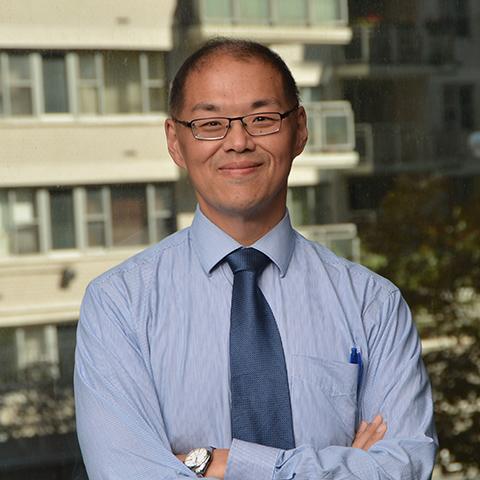 Daniel K. Chan is a product of the CUNY School of Professional Studies. It was at CUNY SPS that Daniel was awarded the Advanced Certificate in Disability Studies, the MA in Disability Studies, and the MS in Disability Service in Higher Education (of which he was one of the first two graduates of this program). Daniel graduated from CUNY SPS in 2017 and was given the honor of being the Student Speaker for his graduating class. In 2003, Daniel entered the Disability Services field as a temporary solution to financial difficulties but found that he enjoyed the work. Daniel worked his way up from being a Direct Care Worker into positions with increasing responsibility. In 2011, some 20 years after he started college, he received his BA in Anthropology from Brooklyn College. In 2014, after almost 11 years in non-profit disability service, Daniel decided to make a change but still wanted to continue working in the field.  While taking a class about students with disabilities in higher education (DSAB 629), he started to think about a career in higher education. It was in 2015 that he accepted the position of Assistant Director of the Office of AccessABILITY at Hunter College. In 2019, Daniel began teaching in the Disability Studies program at CUNY SPS. Other than his academic and professional pursuits, Daniel has many other interests. First and foremost is spending time with his wife, family, and friends, reading about history, and reading and watching science-fiction. In addition, he is also a Mets and Jets fan.