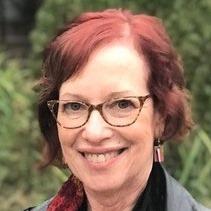 Amy S. Green is an actor, director, playwright, educator, and theater critic/historian. She holds a PhD in Theater from the CUNY Graduate School and a Kennedy Center Gold Medallion for Lifetime Contribution to the Arts for her work with the American College Theater Festival. Amy is the author of two widely produced testimonial dramas, Girlz in Blue, about pioneering female officers of the NYPD, and What Happened: The September 11th Testimony Project, first-person accounts of ground zero and its aftermath. Her book, The Revisionist Stage: American Directors Reinvent the Classics, was published by Cambridge University Press in 1994 and reissued in 2006. She has contributed to such anthologies as The Beckett Papers, Feminist Theatrical Revisions of Classic Works, Preparing the Next Generation of Oral Historians, Women Writing Plays: The First Three Decades of The Susan Smith Blackburn Prize and to periodicals including Modern Drama, Onstage Studies, and the New York Law Review. In 2020, she published "What Is This Thing, Drama? Plays for Dialogue in a Rwandan College Setting,” a reflection on the MAAT’s work at the University of Rwanda College of Education, in Critical Stages/Scènes Critiques. She is an Associate Professor of Theater and Interdisciplinary Studies at John Jay College of Criminal Justice and a Consortial Faculty Member in the Master of Arts in Applied Theatre at the School of Professional Studies, both at CUNY.

What Is This Thing, Drama? Plays for Dialogue in a Rwandan College Setting

Amy S. Green, an associate professor in the CUNY SPS MA in Applied Theatre program, has published an essay focusing on the workshops and performative events led by a group of applied theatre graduate students and faculty while they were attending a series of summer residencies in Rwanda.