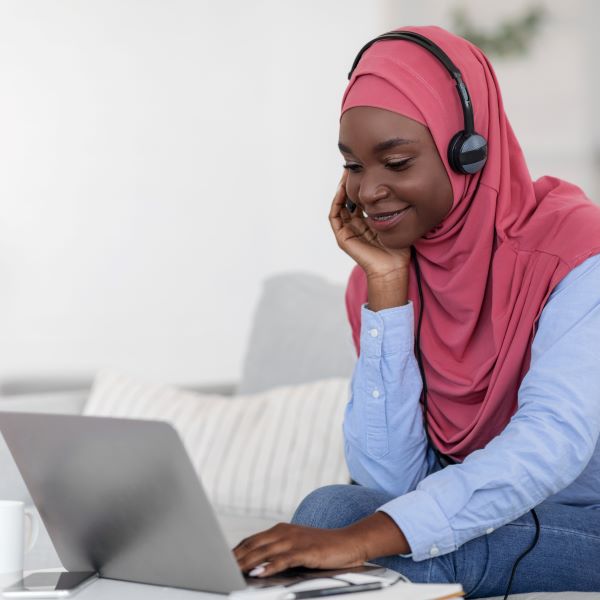 The CUNY School of Professional Studies (CUNY SPS) hosted the webinar “Navigating Academia for First-Generation College Students” on September 9, as the first segment of the First-Generation Student Success Series.

Approximately 50 students attended “Navigating Academia,” a virtual seminar dedicated to making the non-intuitive aspects of higher education more accessible to students. Recognizing that the culture of college can be intimidating and overwhelming—especially for first-generation students—the recurrent theme of the evening was to normalize question-asking when students confront unfamiliar territory.

The topics covered in the webinar included a glossary clarifying some of the more confusing college-specific terminology, in addition to helpful academic tips such as degree-planning, professionalism, time management, and self-care. The professors also detailed the importance of students finding mentors and creating strategies for coping with the emotional issues that first-generation students often face.

“We felt this kind of initiative was especially important for first-gen undergraduates. For instance, we notice that many of our CUNY SPS students will often preface questions with an apology, as if they’re in the wrong to be asking for clarification or assistance,” said Dr. Alsop.

Dr. Marquez-Lewis added, “As professors, I think we all try very hard to counter the sense of embarrassment or even shame some first-gen students seem to feel about asking questions—and which, unfortunately, can keep students from reaching out for help until it’s too late.”

Several future events are in the pipeline for the First-Generation Student Success Series. Later this Fall, a roundtable discussion of college experiences from current and former CUNY SPS students who identify as first-generation is being planned. In Spring 2022, two events centered around imposter syndrome and financial aid and scholarships are also in the works.

“We hope to continue hosting around two events each semester going forward. We’re excited to continue programming this series and to keep developing events and resources under the big umbrella of first-generation student success,” said Dr. Alsop.

Dr. Marquez-Lewis expressed interest in hearing from CUNY SPS students about this new project. “We really want our students to reach out to us with their real-life issues. Right now, we know what the research tells us about first-generation college students in general, but that information isn’t specific to our community of online students, nor to students who are going to school during a global health pandemic. We really want to learn about our unique population and their needs.”

Students can offer suggestions for upcoming webinars, ask questions, and access further readings and resources from the September 9 event, by contacting firstgen@sps.cuny.edu. Additionally, a recording of the webinar is available.