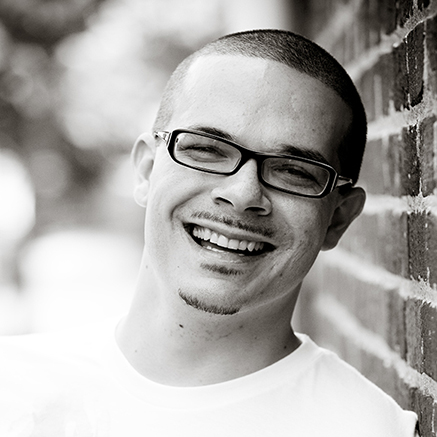 The CUNY School of Professional Studies (CUNY SPS) is honored to announce that Shaun King, journalist, humanitarian, and social activist, will deliver this year’s Commencement keynote to the Class of 2018 on Friday, June 1, at David Geffen Hall, Lincoln Center.

“Commencement is one of the most important events for our students, who will be celebrating the culmination of years of hard work, and I am sure that the audience will be inspired and moved by Mr. King’s experience and insights,” said Dean John Mogulescu. “I am delighted that he will be joining us on this meaningful day, and I am looking forward to meeting him and to hearing his message to our graduates.”

A Writer-In-Residence at Harvard Law School’s Fair Punishment Project, columnist for The Intercept and former Senior Justice Writer at the New York Daily News, King is known for his humane and passionate advocacy for justice and families, and is a fundraiser for victims of brutality and discrimination.

King adopted social media to unite people of disparate backgrounds for the Black Lives Matter movement, and has now become one of the most followed activists in the United States. He uses his platform as a journalist to unearth the truth beyond local media, and to organize in purposeful and directed ways.

King was the youngest student government president elected at Morehouse College since Dr. Martin Luther King was a student there in 1947. Before he was ever known nationally, he was a high school history and civics teacher in Atlanta, then a traveling teacher and counselor at a dozen different jails, prisons, and youth detention centers in Georgia. King started and pastored a church in inner city Atlanta and launched several award-winning social good campaigns that raised millions of dollars for causes around the world.

As a speaker, King offers a historically grounded take on the most pressing problems of the day. He has now spoken in 35 states, on over 100 college campuses, in jails and prisons, and in corporate boardrooms. He has written an astounding 1,500 articles on injustice since 2014, and provides morning commentary on the Tom Joyner Morning Show heard by 6 million listeners in over 100 cities.

Home to the first fully online degree programs at the City University of New York, the CUNY School of Professional Studies provides online and on campus programs that meet the needs of adults who are looking for a seamless way to finish or transition into a bachelor’s degree, earn a master’s degree or certificate in a specialized field, advance in the workplace, or change careers.