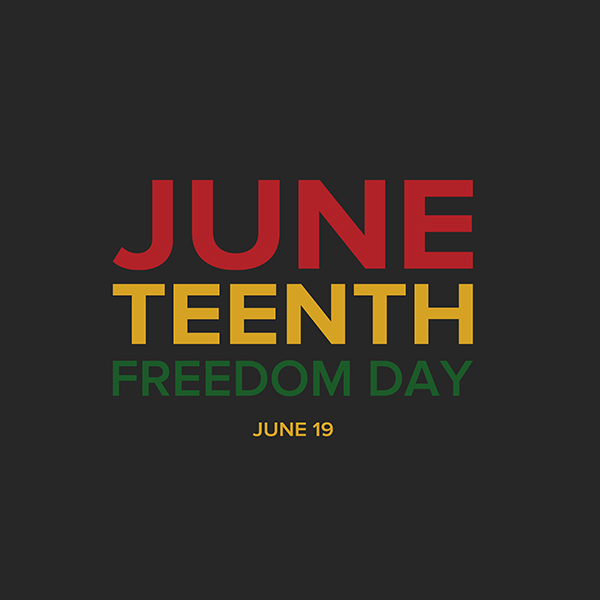 On June 19, 1865, enslaved African-Americans in Galveston, Texas, finally learned—two years after President Lincoln issued the Emancipation Proclamation—that they were free. Celebrated informally by many Black communities around the United States since 1866 with street festivals, parades, barbecues, and fairs, Juneteenth (also known as Freedom Day, Liberation Day, and Emancipation Day) was formally designated as an official New York State public holiday in 2020, and CUNY will observe the day this year on Friday, June 18.

At this time last year, Juneteenth was only recognized by a number of states and was not yet a mainstream holiday. Yesterday, that all changed when Congress signed historic legislation making June 19 a federal holiday. The push to declare Juneteenth a formal holiday has not only brought this important celebration of the emancipation of slaves to national attention, but also reflects a larger shift in what our nation collectively chooses to remember, honor, and value. The permanent addition of Juneteenth to our holiday calendar marks another step toward acknowledging the deep wounds of institutionalized slavery that continue to echo so perniciously today in our country.

Yet, there is still so much to learn and so much to do in the fight for racial justice. While we celebrate Juneteenth this weekend, I encourage all of us to devote some time to reflection, as well.

Please see below for some suggested Juneteenth readings and resources as recommended by the CUNY SPS CIED: