Reflections from the Dean on the 2020 Presidential Election 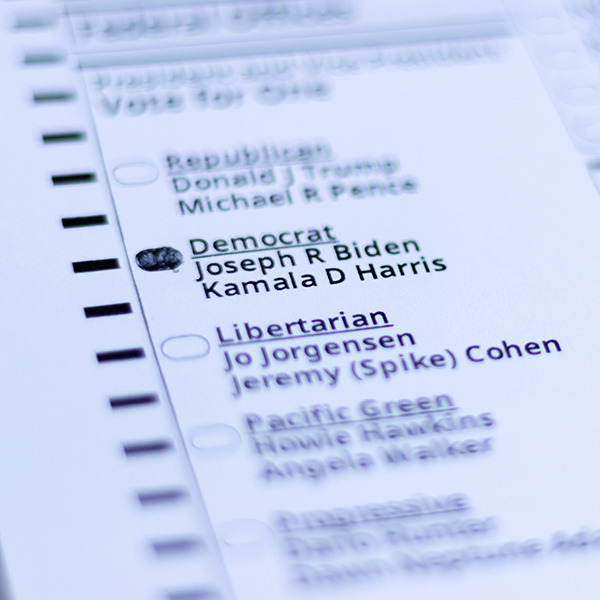 This weekend, as final votes were counted, the news became official: Joseph Biden has been elected the 46th president of the United States.

Like so many of you, I followed the election results over the last few days nervously, worried that the closeness of the race would lead to chaos and confusion. But this weekend, even with questions still remaining, I am filled with relief that our democratic process to date has been peacefully upheld.

In particular, one thing stands out: that over the course of the past few weeks, culminating on Election Day, nearly 160 million Americans cast their ballot—which means more people voted in this election than at any other time in American history.

To me, this remarkable statistic highlights how many Americans understand and care enough about what’s at stake—even, or especially, in the midst of a pandemic—to exercise their right to make their voice heard.

As part of this, I am also proud to say that the City University of New York has played a role in the democratic process, opening campuses across New York City to serve as early voting and Election Day polling sites so that more New Yorkers might cast their ballots safely.

And in election news closer to home, I am so excited and proud to learn this week that CUNY SPS nursing student Phara Souffrant Forrest, who ran for a State Assembly seat in Brooklyn’s District 57 on the Democratic Party ticket, has won and will be heading to Albany in January. Congratulations, Phara!

Even as we celebrate these results, it’s clear that we face enormously challenging times ahead. Whether it’s the COVID-19 pandemic, the environment, the economy, or the long-overdue reckoning with systemic racism and other deeply rooted inequities, we have a tremendous number of problems to confront, and many different—and often conflicting—ideas about the best ways to address these concerns.

But despite these daunting issues, today I feel hope. Hope for our democracy, and hope that the American people have chosen a leader who will be bold enough to follow their mandate to make this country a more just, equitable, and compassionate place.