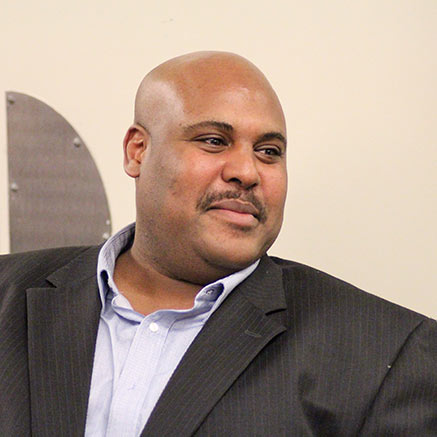 New York, NY – March 17, 2016 – The Joseph S. Murphy and the CUNY School of Professional Studies is honored to announce that Professor Michael Javen Fortner’s celebrated book, Black Silent Majority: The Rockefeller Drug Laws and the Politics of Punishment was selected by the New York Academy of History to receive the 2016 Herbert H. Lehman Prize for Distinguished Scholarship in New York History.

Named for former New York governor, humanitarian, and human rights advocate Herbert H. Lehman, this prestigious prize is awarded to historical research and writing for non-fiction books that offer substantial attention to New York State and City history. Professor Fortner’s book was selected by a jury from more than 60 submissions for scholarship for 2013, 2014, and 2015, and joins the ranks of a select number of influential texts and authors that have made significant contributions to the body of knowledge of New York since 2008.

“This is a wonderful tribute to Professor Fortner,” says John Mogulescu, Dean of the CUNY School of Professional Studies. “This award is just the latest recognition for his book, which has received widespread attention and acclaim.”

The award will be given at the New York Academy of History Gala Dinner on May 5, 2016 at the Cosmopolitan Club in New York City.