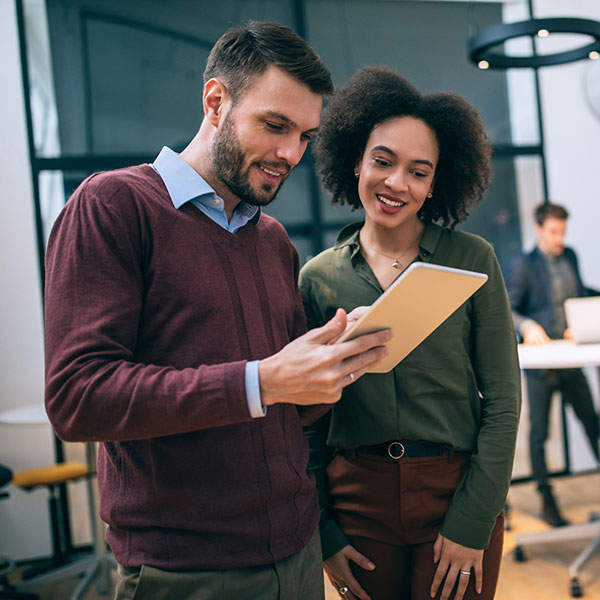 This story was first reported on Inside Higher Ed.

To attract and retain employees in a tight labor market, companies are ramping up tuition benefit programs for their workers. And a growing number of colleges and universities are seeking to partner with these employers to offer online degree programs to millions of potential students.

Many are working with intermediaries like Guild Education to tap into this market, which is fueled by as much an estimated $28 billion in annual corporate spending.

The City University of New York is the latest entrant, announcing earlier this month that it will partner with InStride, a relatively new arrival to the employer education benefit space. The company serves as a broker between universities and companies, helping to manage tuition benefit programs while offering employees online credentials and courses from ASU Online and a small network of other universities. InStride is compensated by its corporate partners.

CUNY officials said the goal for the large system, which enrolls many low-income students, is to expand its online education footprint with career-boosting degree programs for employees of both regionally based and global companies. The system enrolls about 27,000 students in its online programs, which CUNY described as an “engine of equity and access.”

A 2019 survey found that 63 percent of employers offer some form of college tuition assistance benefit to their workers. Part of the draw is that companies get a federal tax benefit of up to $5,250 in annual tuition benefits for each participating employee.

The CUNY School of Professional Studies is taking the lead in the partnership with InStride.

“We aspire to be a lot bigger, and CUNY wants to be more involved online,” said John Mogulescu, founding dean of the School of Professional Studies and a senior university dean for academic affairs. Mogulescu helped create CUNY’s Guttman Community College and its acclaimed ASAP program, through which students are required to attend college full-time while receiving a wide range of supports.

He said employer-subsidized tuition benefit programs are particularly well suited to the estimated 800,000 people in New York City (and many more in the region) who previously attended college but failed to earn a degree.

“This is all about giving the opportunity to workers to come back to college,” said Mogulescu.

He cited the employee tuition assistance program Starbucks created with Arizona State University in 2014 as a model CUNY wanted to pursue. Roughly 12,000 Starbucks employees currently are enrolled in ASU’s online programs, and 3,500 have graduated so far. InStride said those graduates on average have been promoted much faster than their peers.

“This is something we had to do,” Mogulescu said, “and it’s consistent with CUNY’s mission.”

The university decided to go with an intermediary to develop its relationship with big employers, in part because CUNY leaders felt InStride could quickly establish high-quality partnership pathways while leaving the curriculum to CUNY.

“Colleges don’t have the money, the talent, to build these platforms,” said Jane Oates, president of WorkingNation and a former official at the U.S. Department of Labor.

Also appealing to CUNY, Mogulescu said, was InStride’s pledge to limit its university partners to what the company called a small “curated” group of “leading global academic institutions.” InStride's high-tech platform for helping to administer employer tuition benefit programs, which it said cost tens of millions of dollars to develop, also was a benefit.

“It’s not that we’re not interested in working with employers ourselves,” said Mogulescu. He added that InStride is “very single-minded” about what it offers, in contrast to online program management firms, which tend to manage much of online degree tracks for colleges.

“This is not an OPM. This is not taking over all aspects of what we do” online, he said. “They seemed very smart to us.”

A growing number of universities are trying to develop online degree pathways for employees, particularly for regional companies where the university’s name carries weight, said Josh Pierce, CEO of Acadeum, which offers online courses through a consortium of colleges.

One driver is worries about a coming demographic cliff, which projects declines of traditional-age college students.

“This is a system that’s running extremely tight,” Pierce said of the current postsecondary market. “It makes sense for CUNY and other bigger players with good brands that need to expand.”

While InStride and Guild have gotten lots of hype, they’re not the first to serve as intermediaries between colleges and employer tuition benefits. EdAssist Solutions, Edcor and others have run much larger, similar programs for decades.

Edcor, for example, works with UPS and other large companies, offering degree programs through partnerships with a wide range of accredited colleges. Under the company’s model, like other intermediaries, employees get tuition discounts for enrolling in academic programs in the college partner network.

“Health care has exploded,” she said. “That is at least a third of [the] client base now.”

Online programs in health care are a priority for CUNY in its new partnership with InStride. CUNY offers certificates, bachelor’s and master’s degrees in nursing, for example, including online programs for nurses with associate degrees to earn a four-year credential.

Sharma said InStride’s model relies on having a firm grasp of the specific needs of employers, with a priority on offering “life-changing credentials” to their workers.

“We start with the business objectives of our leading corporate partners,” he said. “That’s what makes our programs sticky.”

That could change, said Van Wagoner, as a growing number of companies are promoting their programs more heavily and offering them to part-time employees.

InStride’s ambition is global. Its first university partner beyond ASU was the University of New South Wales in Sydney, Australia. Since then it has signed agreements with two institutions in Mexico and one in Ireland.

For the company’s model to really take off, Pierce said InStride will have to continue to spread out in its role of travel agent for prospective students who work for big employers.

“The students still need to want to have that brand,” he said.

Oates, however, thinks the growing urgency from employers to attract and train entry-level talent will create a rising tide for InStride and the other intermediaries with higher education.

“They’re desperate for talent now,” she said. “They are starting to feel the pain in their productivity.”