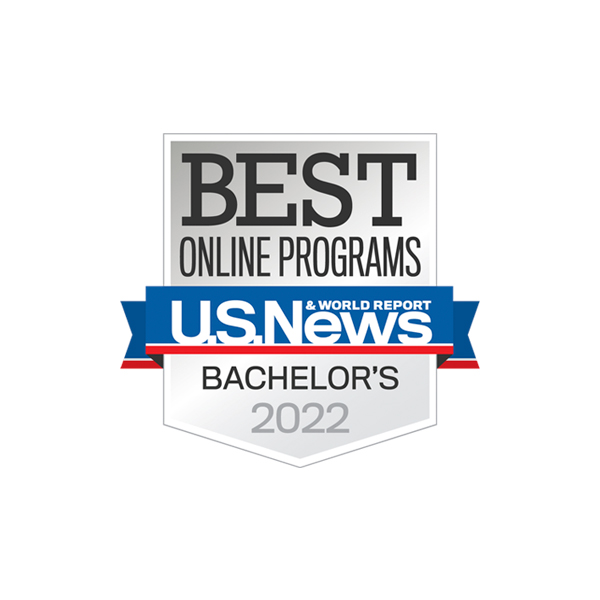 CUNY SPS, a leader in online education, cements its spot in the national limelight with this latest round of U.S. News & World Report rankings.

For the second year in a row, the CUNY School of Professional Studies (CUNY SPS) has been named in the top ten of U.S. News & World Report’s 2022 list of Best Online Bachelor’s Programs nationwide.

Ranked #10 in the nation out of 358 schools assessed, with a score of 94 out of 100, CUNY SPS is the highest listed in New York State and New York City.

In further acclaim, CUNY SPS has also been ranked #5 in the nation on the publisher’s 2022 list of Best Online Bachelor’s Programs for Veterans, moving up one spot from last year.

Each of the U.S. News & World Report rankings are calculated on a methodology based on four weighted categories, including engagement, services and technologies, faculty credentials and training, and expert opinion.

“This important recognition affirms the sustained success of CUNY SPS as one of the nation’s leading providers of online instruction, offering outstanding academic programs that are increasingly emblematic of CUNY’s commitment to make quality higher education more accessible,” said CUNY Chancellor Félix V. Matos Rodríguez. “CUNY SPS continues to innovate and expand, enabling a growing number of New Yorkers of all backgrounds to gain the training and critical thinking skills needed to thrive in any future career.”

“We are delighted to receive this distinction once again by U.S. News & World Report,” said CUNY SPS Interim Dean Silva-Puras. “To be listed in the top ten in the nation for online bachelor’s programs—for the second year in a row—serves as validation of the high-quality, affordable, and accessible online courses and services that we provide to all students seeking to complete their bachelor’s degree, wherever they may be based.”

Of those colleges named in U.S. News & World Report’s top ten for online bachelor’s this year, CUNY SPS stands out as the most affordable, based on a comparison of tuition costs. The School also offers its low in-state tuition to all students, regardless of where they reside.

Students both near and far have been attracted to CUNY SPS for its value. For Estephanie Cardenas, a student in the BA in Communication and Media program who is also a flight attendant, CUNY SPS’s flexibility and affordability has been a huge draw. In her video diaries, Cardenas discusses the School’s appeal for her.

“There is the technological aspect of online courses. It really requires you to develop a tech-savvy mind, which is great because in this ever-changing world …these skills can transfer over to any kind of job or career that you do,” said Cardenas. “[And] going to CUNY has changed my future because it’s just so much cheaper… I’m not going to have the same amount of debt that I would have had if I stayed at a private university.”

CUNY SPS’s top rating on the 2022 list of Best Online Bachelor’s Programs for Veterans also demonstrates the School’s longstanding commitment to military and veteran students, whether they are in the United States or deployed overseas.

Ranked in the top ten for the past seven years, CUNY SPS is now #5 out of 101 schools assessed by the publisher. This rating, which U.S. News & World Report determined based on the school’s affordability, accessibility, and reputation, reflects CUNY SPS’s extensive efforts to support its military and veteran students by offering quality programs, resources, support, and financial assistance like the U.S. Military Bachelor’s Degree Completion Scholarship.