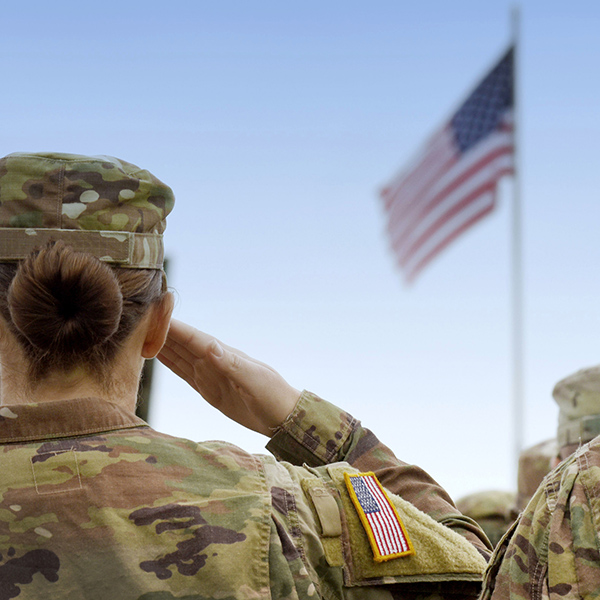 This Veterans Day, the CUNY School of Professional Studies (CUNY SPS) salutes the military community and the many sacrifices that its members have made to serve our country. Even though this year’s celebrations, including those around CUNY, are being held virtually due to COVID-19, this day offers a chance to pay tribute to our heroes. As part of this, we are proud to highlight the stories of several of our students who are veterans or actively serving in the military. 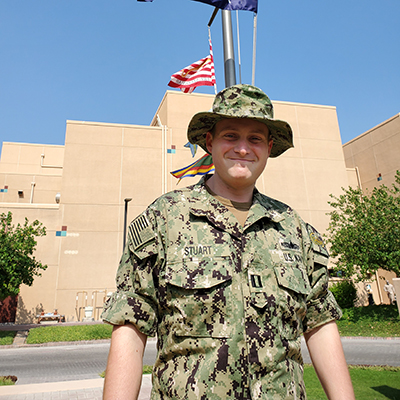 By day, Stuart works as a Force Flow Planner for the Combined Maritime Forces (CMF), working to ensure ‘continuous force flow’, where ships at sea are carefully scheduled so that they continuously provide support to the multinational naval task force unit known as the Combined Task Forces (CTF).

By night, Stuart is a budding project manager, logging online to attend his CUNY SPS classes back in his native New York, where he completes his readings, assignments, and projects (often hours ahead of everyone else).

Stuart, who graduated from SUNY Albany with a BA in Sociology, found himself dipping his toe back into education after being deployed to Bahrain in November 2019. Curious to see whether he might want to pursue a masters in project management after returning home, Stuart decided to test it out first by enrolling in the online advanced certificate program.

So far, he has found the coursework to be interesting and ideal for his schedule. “I like the remote aspect of the program and find it really flexible. If anything, I have an advantage since its eight hours ahead in Bahrain, which means when our assignments are due Saturday they are really due on Sunday for me!” said Stuart. The only downside of this time difference, he has found, is when he schedules group projects with other students in New York and ends up having to wake up at 2 am to join the calls.

This Veterans Day will be a quiet one for Stuart. Bahrain, like many of the other Gulf states, has implemented strong COVID-19 restrictions and remains under lockdown. “Most organized events are cancelled, so I’m going to honor Veterans Day quietly with a couple of close buddies,” said Stuart. “We plan to take a boat out and reflect upon the importance of the day together.” 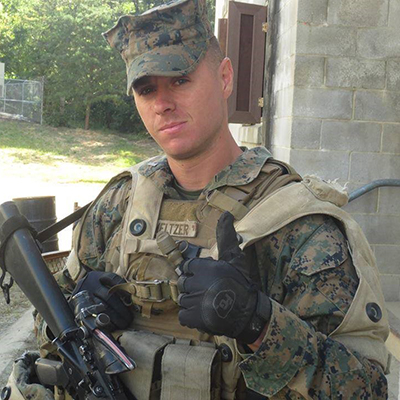 Three thousand miles away, Captain Aaron Meltzer also balances a full-time job as an assistant operations officer in Stuttgart, Germany, while completing an MA in Youth Studies at CUNY SPS.

Meltzer, a decorated soldier whose awards include two Navy and Marine Corps Achievement Medals, has forged a decade-long career in the military. He first joined in 2009 in the United States Navy, then switched branches to the United States Marine Corp. His prior deployments included New Jersey, Latvia, and North Carolina, before he was transferred to Germany in 2019 to serve in the reserves.

For Meltzer, the online Youth Studies program offers a great way to help him advance in his career as an educator while completing his service. Currently in his second semester, Meltzer focuses his studies on current issues and best practices for working with youth, which provides him with important new perspectives. He hopes to graduate next summer and apply the master’s degree toward a future teaching career.

Even before CUNY SPS, Meltzer has had practice attending school while serving in the military; he also earned an MS in Special Education from Saint Joseph’s University, and an Ed.D. from Delaware Valley University.

As an active military member, Meltzer is grateful for the support that CUNY SPS has offered him. With the help of Veterans Services Coordinator Christopher Leydon, Meltzer has been able to take advantage of the veteran benefits out there.

Meltzer observed, “As a working adult, my needs for services are not as great as a younger person who may need guidance navigating various systems, especially with the GI Bill. With that said, CUNY’s veterans support has been spectacular in providing me everything I needed, even leading up to my choice to attend the program at CUNY SPS.”

When it comes to Veterans Day, Meltzer is looking forward to celebrating it quietly and privately. He reflected, “Veterans Day for me right now is something I look at for those who have served before me. Since I am still presently serving, I think the impact I feel is less than what it may be down the road when I am no longer serving. It is a day I spend texting friends and responding to people who reach out to me.” 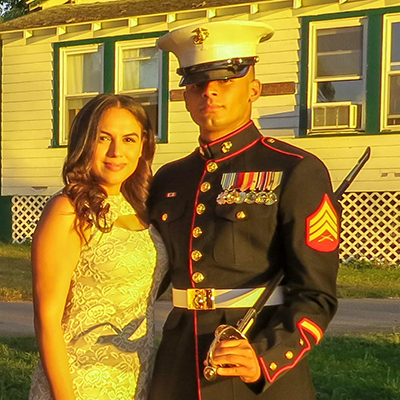 For veteran Kenneth Fernández, the work experience he gained during his time in the military helped inspired his future career. Fernández, who served on active duty from 2003 through 2014 with tours in Iraq, Japan, Italy, and Uganda, was assigned to work in logistics and supply and realized he enjoyed tinkering around with computers. After completing his service, Fernández began working at a web hosting company, and has since launched a full-time career in IT.

To help move further up the IT career ladder, Fernández enrolled in the CUNY SPS BS in Information Systems program in Fall 2019 after discovering he liked the program’s online curriculum.

Like other veterans, Fernández found it took a little time to adjust back to school after his service. However, he has found CUNY SPS to be a great advocate for veterans, which has made his transition much smoother.

“The VA office at CUNY SPS helped me from the get-go, and Chris Leydon in particular really helped me get the ball rolling,” said Fernández. “When my benefits were about to expire, Chris gave me additional information on other grants and helped me apply for a VA extension, which enabled me to continue with my program.” With this help, Fernández plans to complete his degree by Fall 2021.

This November 11, Fernández will be celebrating Veterans Day primarily online. “When I was on active duty, I would go out and attend or sometimes even be a part of the parades. But since I got out, I stay in close touch with other veterans mostly through a Facebook group.” With the pandemic still a concern, Fernández observed, “I’m thankful that people take the time to acknowledge veterans and that we veterans acknowledge the sacrifices that others are making right now. We thank each other and try to reach out to our other brothers and sisters and hope for the best.” 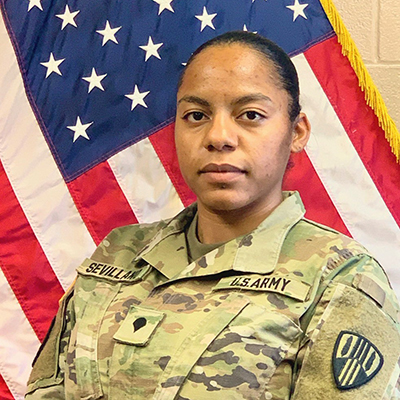 As COVID-19 continues to take a toll on the world, NYS Army National Guard member Valentina Sevillano has made it her mission to help others suffering in the pandemic, even as it threatened to disrupt her own life and plans.

Spring 2020 started out smoothly for Sevillano. Currently in her third semester at the CUNY SPS MA in Psychology program, where she specializes in Industrial/Organizational Psychology, Sevillano registered for three classes instead of her normal two, excited to move even closer to finishing her degree.

But her plans were upended when she was actively deployed by the National Guard in March to support COVID-19 operations in Westchester. As part of Sevillano’s new duties, she began working with the local nonprofit Feeding Westchester to help provide and distribute meals to residents.

Understandably, Sevillano found herself struggling to keep up with her course load—in addition to her newly assigned National Guard duties, she already had a part-time work-study job in the CUNY SPS VA office— but found that the School could help her stay on track. With the help of Christopher Leydon, Sevillano was able to make arrangements with her professors to adjust her schedule and deadlines, which helped her successfully complete the semester.

This positive experience highlights why Sevillano is a huge fan of the School. “CUNY SPS is a great place for service members, who often have to work while taking care of their family. But with its flexible online programs, they can still find the time to finish their degree. For me, this is the main reason why I’m so attracted to CUNY SPS—I can proceed with my studies at my own pace and still serve my country.”

Even as Sevillano continues with her busy schedule, she’ll be taking time out to honor Veterans Day. Like Fernández, she will be paying her respects to other veterans through an event organized on Facebook.

“I’m lucky to wear this uniform and represent something that other people have fought for,” said Sevillano. “I have the freedom to serve my country and that’s a huge honor to do so —because I’m giving back to those who have fallen before.”