Book Talk: Why Do They Talk That Way? Making Conversation in Modernist Fiction 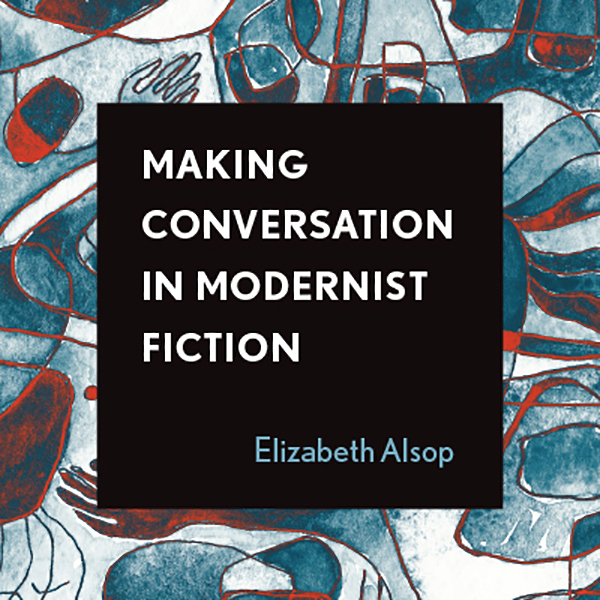 Join us on November 20 as Dr. Elizabeth Alsop explores the way that well-known authors like Henry James, Virginia Woolf, Gertrude Stein, and others structure fictional conversation and use it as a channel of communication with readers.

Dr. Alsop will present detailed findings from her new book, Making Conversation in Modernist Fiction, and lead an interactive discussion on how these authors used dialogue not just to develop the characters or advance the plot, but as a poetic structure in its own right.

She explains, “The book was actually inspired by a comment made by a former student. We were reading a Henry James novella, The Turn of the Screw, and the student asked, ‘Why do all his characters talk that way?’ When I began looking into it, I noticed that many of the modernist texts I was reading used dialogue in really interesting and unprecedented ways. I wanted to learn more, especially when I discovered that though a lot has been written about the narrative representation of character thought, there was relatively little written on the representation of speech.”

Dr. Alsop is the assistant professor and academic director of communication and media and liberal studies online degree programs at the CUNY School of Professional Studies. As a scholar of narrative, Alsop is interested primarily in 20th-century American and British literature, narrative theory and film, and television studies.

Making Conversation in Modernist Fiction is published as part of the Theory and Interpretation of Narrative series at The Ohio State Press.