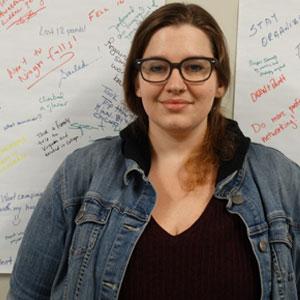 Sarah Krusemark was born and grew up in Nebraska where she went to college right after finishing high school. At this time, Sarah made the choice to go to school for a degree that she was not interested in, but pursued it because of the high-income potential. She dropped out of college about a year after she started. A few years later, she returned to school for Psychology while working at the University of Nebraska. Sarah started getting good grades and became genuinely interested in the subject matter that she was studying; however, she became very ill for a short period of time and ended up dropping out of school again. A couple of years later, Sarah made the decision to move across the country from Nebraska to New York. She has lived in New York for about three and a half years now, and has come to love this city. Sarah is currently enrolled in the BA in Psychology degree and is a recipient of the CUNY SPS ACE Scholarship. 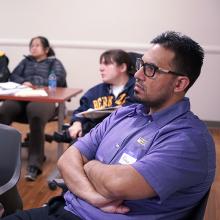