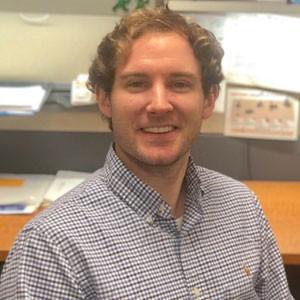 Michael, a 27-year-old from Long Island, brings a diverse background to CUNY SPS that he hopes will inspire students and incite enthusiasm. He attained his undergraduate degree in Math from UNC Wilmington while playing club basketball and surfing during his spare time. Promptly after, he completed his Higher Diploma in Math from NUI Galway while finishing as the national runner-up with the University’s basketball team. From Galway, Michael moved to Silicon Valley for his first job in Data Science. Now, he resides in Brooklyn and works near CUNY SPS! In his free time, Michael enjoys coffee, books, and the outdoors.